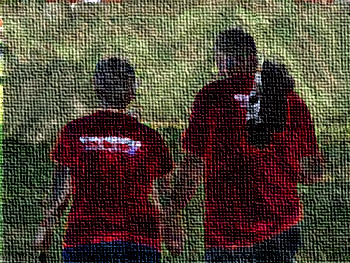 With all of the memory, confusion, delusion and dementia issues that have come up in our life with parkinson, evenings put me on high alert for hints about where she is mentally.

Last evening was particularly troublesome and at the same time interesting about where her mind was. For the previous couple days she occasionally would tell me how much she liked this”place” better than the other one. When I probed a little bit I discovered that she seemed to think that we were trying this condo out before we bought it. last night she asked if we were going home tonight or if we would wait until tomorrow. (Carpe Diem!) I told her that I did not want to drive all the way home tonight. I thought it would be better for me if we slept her and left in the morning. She agreed that it would be better to get a good night’s rest before driving back home.

A different discussion started about what to take with us and when to pack. I suggested that we wait until the morning because any dirty laundry I could easily pack in a garbage bag. I would not have to be neat about packing. She said, or you could wash it in the morning before we leave. I readily agreed. There were two or three story lines going at the same time. There were condos in two different places, here and at home. But we were going there tomorrow.

It became important to inform her sister Nancy that we were coming home tomorrow. I sent a text message to her sister informing her that she might get an odd phone call in a little bit and to just go with it.

Cheryl decided to water the plants so that they would be okay while we were gone for a week. (Nice, we were coming back.) I kept my mouth shut and helped to fill the little measuring cup we use to water the house plants. The story was still unfolding as the evening went on.

It looked as though Nancy was off the hook for the phone call and I informed her about it. Cheryl shifted gears and called her other sister Debbie. (Smiley face) I did not see that coming.

I helped her dial the phone to talk to Debbie and scrabbled to text Debbie about what was happening. I was not fast enough and opted to talk over the top of Cheryl to quickly explain the purpose of the call. Deb caught on quickly and smoothly adjusted the topic to their cousin who was in the hospital and probably soon moving to a close by hospice facility. They talked about that for awhile.

When she hung up I informed her that I had texted Nancy and told her that if Nancy needed more information about where we were or our other travel arrangements she could ask Deb. Cheryl replied that she had just talked to Deb and that would work. (Another smiley face) She did not remember that I was in the room while she was talking to Debbie.

I better call Anna and tell her too. When our daughter Anna answered I said over Cheryl, “Just go with it.” Anna did.

It was a busy hour and a half with phone calls and plant watering but all was well an hour or so later when we went to bed. She got up once to visit the bathroom and eventually got up for blueberry pan cakes and orange juice at about 9 AM.

NOVA was a repeat anyway.

A great sunset picture from the LA Times.