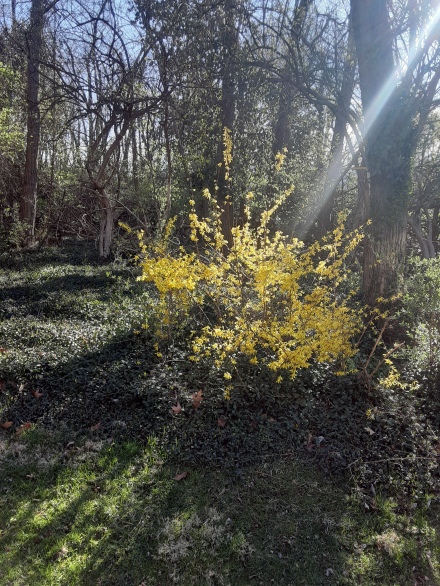 When engineers look for a solution to some dilemma, they often spend a lot of time observing the problem.

“There’s someone hanging upside down in the trees in back”, she told me. There is a scrub tree growing in the weedy lot behind our condo. It has a crotch near the ground and branches into to smaller trunks as it grows toward the light. The bark is a light color almost khaki in color. To Cheryl it looks like a kid standing on their head. Perception is off a bit and her creative brain describes a different interpretation.

In that moment she pushed me into interpreting things and objects differently. Are painters able to do this spontaneously? Are story tellers able to imagine a different reality? Are engineers stuck with what they see and touch with little imaginative creation? It intrigues me, the imagination and story telling part. I have often thought that if I could get into her head I could help but maybe I would merely be steering her toward my reality and away from hers.

There are many changes that I notice in her behavior. She can easily ramp up an anxiety about indigestion. It is not apparent to me what specific foods cause distress. Milk products and foods high in milk and sugar seem to give her a hard time. Tomato sauces and beef with a high fat content also distress her stomach. The engineer says figure that out and do not eat those. (Easy Peasey) The average time to relief is an hour to an hour and a half.

I have not discovered any silver lining in these stomach episodes. It is challenging to distract her from focusing on how her stomach feels although occasionally I can get her to sip lemon ginger tea which settles my stomach and does not add caffeine. After a severe episode she is typically awake much of the night. This happened last night.

After it became obvious to me that there was no way for her to calm down and sleep some more, we got up. I got her a bowl of cereal and some orange juice. She sat and worked the puzzles for a bit. I sat with her and worked on the crossword. I ate a banana and drank some lemon ginger tea. I asked her if she wanted to watch TV for a bit to see if she would get tired. She agreed and I played a couple of episodes of Steven Colbert. I can no longer sit up and watch his show so I record it for later. We watched a couple shows. Fortunately he was funny and Cheryl laughed here and there.

Today she is not in tip top shape of course and she fell over backwards in the kitchen. She is understandably fuzzy headed even though she slept until about 9 am. Maybe one day she will keep her hands empty when getting up from or down into a chair. But my wishes and encouragement which she interprets as anger go mostly unheeded.

On the drive to exercise class she asked if I slept well. I asked her if she remembers being up for a large part of the very early morning hours. She said no. The fact that she does not have a memory of being awake is not uncommon. I asked her if she specifically remembered watching Steven Colbert’s late show. She remembers that slightly. She apologized. She apologized for something that she has no control over and that frustrates me to no end.

There is no reason for her to apologize. It is not her causing undue commotion. Parkinson did it.

Watch out for kids hanging in the trees. Carpe Diem.