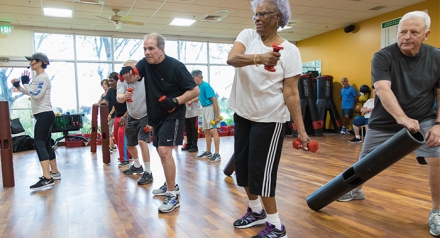 For a parkie it is a matter of walking to the sink to get a glass of water.

LSVT Big is a therapy for getting Parkinson’s patients moving again and keeps them moving. The exercises seem simple to a person who has no difficulty with movement. After twelve or fifteen years of effort she is more resolute than ever to keep exercising.

But it requires organization and her mind refuses to cooperate.

One thought on “Exercises for Parkinson’s Folks”