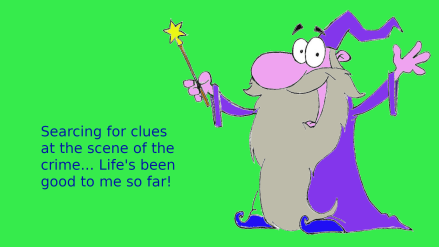 We had dinner with friends last night. There was much alcohol. There is little to be said about that except that alcohol lowers inhibitions. Does it enable conversation? Maybe not but it does seem to promote confrontation.

Her candidate did not win. That became apparent early, right after the second bourbon. And as a retired junior college educator she was irritated with the state of education in a Covid-19 world. Life sucks but then there is bourbon so its not all bad.

But eventually after the acceptable amount of self-medication, it came out that she is worried about socialism for her grandchildren. I thought about asking what the term socialism meant to her but I quickly decided that would be needlessly confrontational or might seem so to her. With that in mind, I kept my mouth shut.

Socialism is scary thing for a capitalist. Because, from the dictionary – socialism is a political philosophy and economic system based on the collective ownership and control of the means of production; as well as the political and economic theories, ideologies and movements that aim to establish a socialist system. It seems a hard system to make work with out a lot of true egalitarian democratic decision making. My wife and I often do not agree on which restaurant to go to in a spur-of -the-moment decision to eat out. I find it hard to believe that the 10,000 people or so that it takes to run an oil production company for example could put their heads together to decide how much one should pay for a gallon of 87 octane gasoline that came out of their production line. It seems not impossible but certainly impractical. It also seems unlikely to me that we could ever get socialism ala China or Russia to work in this country of ours. Too many gun-toting NIMBY folks out there to allow that to happen.

There appear to be many a broad brush with which to paint the political landscape and in a brain storming session (committee meetings and hearings) various factions shout at one another without conclusion. The color of Socialism does not seem to stick to us.

What is the purpose of government? Any government’s job is to provide for the common good. If the populous is good and kind and empathetic to one another there is little need of a government.

A home owners association (HOA) is a microcosm of government. It is a truly democratic organization for managing the money and facilities for the common good of all. Hard stands appear when groups of people talk about money. HOA expense items are the same each year. Those service items increase in cost. The basic items are: utilities, waste removal, alarm system, administration, insurance, landscape and building maintenance. Unknowns are saving for a rainy day and disaster relief. It is prudent to budget for all of these. Home owners associations are socialist in most respects. Everyone pools their resources for the common good. Everyone in the HOA has access to all common elements, such as, parking areas, lawns and if such items exist, pools and recreational facilities. Nevertheless, few participants readily volunteer to pay more from year to year for the same. A small HOA can meet in person to transact business but even then not all want to participate.

Village and city governments quickly be come too large to transact business in a democratic fashion. We are used to selecting representatives by vote to exercise and express our interests for us. We accept their decisions as our own. If the populous gets dissatisfied they can vote them out.

Some confrontation is good for discussion. It breaks folks out of their own biases and ideas to understand the side of the discussion they did not before. There are at least two sides to every issue. Many times there are three or more.

Looking at all sides of an issue or least as many sides as practical before making a decision takes patience and understanding. Passionate debate is useful.

Unintended consequences compete for partisan attention. The swamp is real. It is populated by asses and elephants. There is not room for socialist asses or elephants.

Everyone stay calm. Read about Sisyphus.