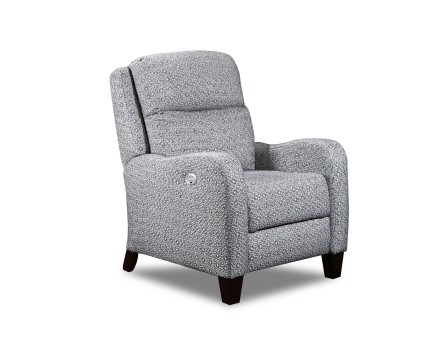 In a previous story I reported that THE CHAIR did not come as predicted on the tenth of September. I have since learned of other fat fingered fumbles one encounters when there is human involvement.

Between the attempted delivery of the incorrect chair on Thursday September 10th and my third attempt at acquiring information about delivery of the correct chair September 20th there was a furniture buyers convention at an undisclosed location. Woo Hoo! Party time with some work. I get it. I have been there. But there is a internal structure flaw that shows within Furniture Fair’s receiving and ordering system.

Mistakes happen when humans are involved. The incoming inspection department, if there is one, missed the fact that the Prestige Power Recliner was not powered. That is an easy check to make because the buttons to operate it are on the side. The manual chair has nothing at all. The incoming inspection merely requires looking two places; one look at the order sheet to read “Power” and one look to the right side of the chair itself. Alas, that did not happen.

Since incoming inspection was flawed and no report was made to the buyer it has been eleven days before manufacturing in Mississippi knew of their mistake. Longer in fact because an email to their customer service website (Southern Motion) revealed they had no knowledge of the mistake.

The customer – me – was not disappointed with the furniture store until the customer discovered through conversation the compounded error. In fact I was not disappointed with the manufacturer. After all shit happens. One just fixes it and moves on. But there was no reaction from the receiving department. Alas. And there was no reaction by the buyer group because they were away discovering new things to buy.

On another topic when I called to talk to someone at the Furniture Fair organization to ask about what was next I was always referred to the original salesman. That always seemed odd to me. I was pretty sure that other than the original sale he was no longer directly involved. At the store itself there was a clerical staff backing these sale guys up. I was pretty sure that when he entered our order it was merely going to the purchasing staff. He would not have been involved in the ordering, shipping, receiving and delivering process. At the outset he explained that the typical order to delivery time was 8 – 9 weeks and the pandemic had slowed that a bit. A very honest synopsis of the eventual process. When he was unavailable I was able to speak to the store manager. Nice gentlemen all, but why were they involved in my dilemma? Their whole role seemed to be to look in the computer and tell me nothing was happening. The girl who answered the phone line could have told me that nothing was happening.

Customer perception is one of inability to react to errors. The back office must be chaotic at best.