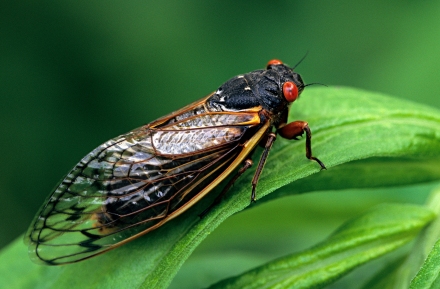 There is a low whirring (whoring?) hum in the air. I had forgotten that part. The birds are excited. I remember that part.

At our old house when we bought it in 1980, there was a huge American elm in the backyard. It was in the center of a square of yard about eighty-five feet on a side. It did not crowd any buildings or other trees so over time it had developed that beautiful umbrella canopy. We moved into the house in February. I remember thinking, wow that is a neat tree. At the time I was unfamiliar with elms and dutch elm disease.

When spring came it leafed out in a fashion similar to the picture below. The tree was dying from the back as viewed from our kitchen window. We got a couple of tree wizards out to look at it and decide what to do. The only solution was removal. It is sad to remove a tree that size. The tree was about sixty years old. The person who planted it was an optimist and we intended to cut down their legacy.

After the tree was removed we had a stump about four feet in diameter and about chair height that for a few years the kids enjoyed by having tee parties and building ramps to jump bicycles off of. The stump was in a level area at the bottom of a long downhill driveway. I watched from the kitchen one day as our son came flying down the driveway on his bicycle, went up the ramp and failed to stick the landing on the other side in the grass. Certainly a learning experience about Newton’s laws.

We planted a cherry tree hybrid graft at the end of the driveway after we removed the elm tree. Fruit seemed like a good alternative. I had started a vegetable garden on the far side of the yard and left the center for the kids to play in. It was a grand space for play.

About six years later the cherry tree was perhaps twelve feet tall and producing enough cherries in a season that I was protecting the cherries from the birds with netting. The cicadas came out that year, looked around and said to each other, “what happened to our tree?”. They made the long trek to the maple in the back and the cherry tree at the foot of the drive. From the perspective of the kitchen window, it was as though the grass in the back became liquid and was flowing away from the stump. It was an incredible sight.

The birds showed up for the cherries but ignored the tree fruit. There was a plethora of protein walking around in the grass hunting for any vertical object. Robins ate so many bugs they needed a runway to take off. It was amazing to watch.

The female cicadas did a good job of pruning the small branches that come out where the tree blooms and then fruits. The year of the cicadas was the first year we harvested enough fruit to make pies and jelly. The following year was better. The tree produced even more fruit than previous years. I attribute it to the pruning done by the lady cicada society.

We moved from that house to our little condo about five years ago. From our screened in back patio area I can hear the whirring sound. It is raining a bit and will do so for a couple hours according to my weather app. The bugs have not whipped themselves into a feverish sexual frenzy yet. They will later.

One got most of the way to the trees but, sadly was snatched out of the air by a hungry bird. Newton did not matter. Its genes will not be passed on.

They are not good fliers but that is not their intent. They are lovers.