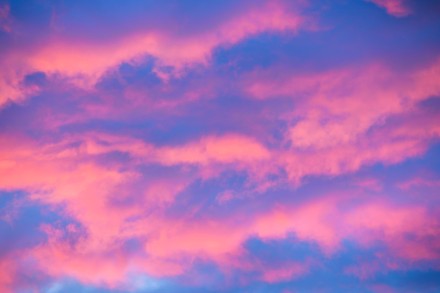 A simple batter cake dessert will perk up any parkie’s day. The last few times that I have made dinner I have taken the time to make a dessert. If that is a cake or anything other than ice cream and cookies, I start it first. Today I suggested another pound cake. Last time I bought any pound cake box mixes I bought four of them. I probably bought them at Walmart or on line from Amazon. I do not remember but this time when I suggested that and was holding a can of cherries thinking about how to jazz up the dessert, she says – I could make the cobbler recipe.

In our early days of marriage I was a student at Miami University. Neither Cheryl nor I was much of a cook so the Betty Crocker Dinner for Two cookbook was a bible to her. At the time I was less interested in cooking but more interested in eating. (and beer if someone else was paying for it.) College life as a married student was great. In addition to Betty Crocker we gathered recipes from friends and other sources. Some were disasters.

There was a spaghetti and hot dog recipe out of a church recipe book which was particularly offensive. Made more so by the fact that it made a lot of stuff so we kept trying to dress it up and make it more palatable when we reheated it as left overs. It is a fond remembrance of a disaster. We were young and poor. We did not throw food out unless it fell in the dirt and was unrecoverable.

The easy cobbler recipe came from the wife of a fellow married student. There were few of us on campus. Looking back it is remarkable that we found each other. But we did and they invited us to dinner one evening. They had a house in a nearby town. Janet made this recipe for dessert and Cheryl liked it and asked for the recipe. That was fifty years ago and she has made it many times since. Over the years she typed it into some word processor and printed it out. The original hand written recipe is stapled to the back. It works with any canned pie filling but we usually make it with cherries – Cheryl’s favorite. (Except if our grandson Gavin is coming for dinner. See grandma’s note above.)

I am unenthusiastic about this particular dessert. I do not know why. It is not bad it merely does not excite me as it does Cheryl. But it is simple to execute. I should have taken a picture of it before it went into the oven but I did not. Find your favorite mixing bowl and put in all the dry ingredients. I used a whisk to mix the dry ingredients first. I then made a depression in the middle and added the melted butter (or margarine.) I poured a bit of the milk in and mixed it with a handheld mixer and added the rest of the milk as I went along to make a medium runny batter that poured easily into the greased (Crisco or lard) 8″ x 8″ aluminum cake pan. The pan in the picture is of the same vintage as the recipe. (smiley face here)

We are having this dessert with spaghetti and meatballs, except I substituted pasta shells for spaghetti. As you can see below right, some of us like whipped cream on our dessert. I can personally attest to the great improvement by the addition of whipped cream. Vanilla ice cream, however, is even better.

It is February in Ohio and the birds are really attacking the feeder. We are safe and warm inside with comfort food and her favorite dessert. What could be better?

Parkinson’s may suck but there is always dessert.