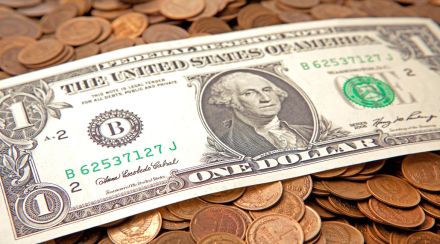 Towards the end of her life Mom and I would have lots of oddball conversations about lots of oddball stuff. She was a kind of news junky and liked the fact that you could watch cable news outlets all day and all night long. She was not stuck on anyone news broadcast. She would watch CNN for a while and when she tired of their blather she would switch to FOX or MSNBC or some other one. She would talk to the TV. I would sit with her and once in a while we would converse.

If the news was bad, I would try to help her understand that most times they were merely repeating the same story over and over. The Israelis were showing the same couple of young men throwing stones over the fence at the soldiers in Gaza, for example. Various stories would elicit various memories from her. Sometimes about her early childhood.

During one such episode she told me a story about walking with her father to the store to buy something. I think they went to buy bread. Mom thought at the time that she was about eight or nine years old. When she was telling me this story she was about ninety-three. Whatever sparked her memory is unknown to me. She started telling me about her father, my Grandpa, suddenly becoming upset hunting for a dollar though all his pockets as they walked along to the store to buy food.

Mom was born in 1920. This story would have occurred during the depression when everyone around was struggling. My grandfather like every other man around was very concerned for the health and well being of his family. They had originally come to Cincinnati because he had a job with Newport Steel. That job went away in the depression of that time.

My grandfather’s anguish over loosing track of the dollar he had with him to buy bread stuck with her eighty-five years later. The were walking down Auburn Avenue in Cincinnati Mom told me. Dad was frantic as he search through his pockets. It was not in the pocket he expected it to be in. They stopped for a bit and he searched his shirt and pants. He looked back along the path they had come down the street. Mom says that he was ready to burst into tears – her words – and then he found it deep in a pocket he had searched before.

Relief and jubilation! They continued on to the store and bought whatever they went to get.

Mom got some penny candy with a penny Grandpa gave her.